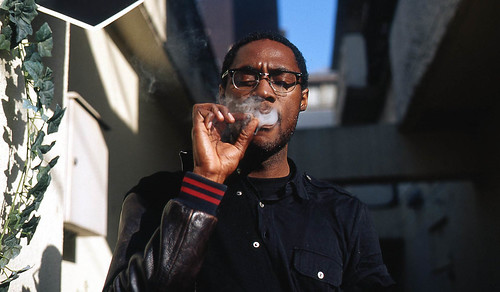 Photograph, “26” [The photographer himself]. 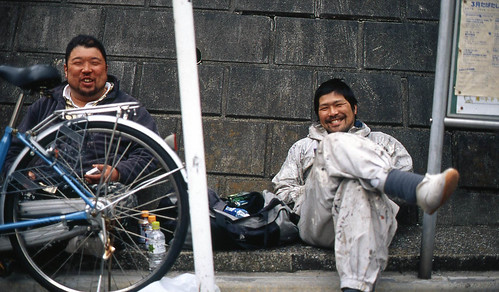 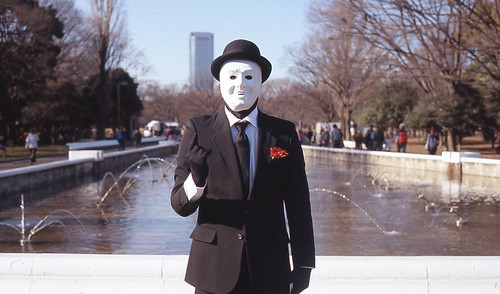 When we look directly at someone’s face, we offer the person inclusion, appreciation, and acceptance. A look can say, “Are you alright?” “You look good,” “I trust you,” or “I like you.” We know that when we look at others, we will hold them, and the contexts in which we see them, in our memory. 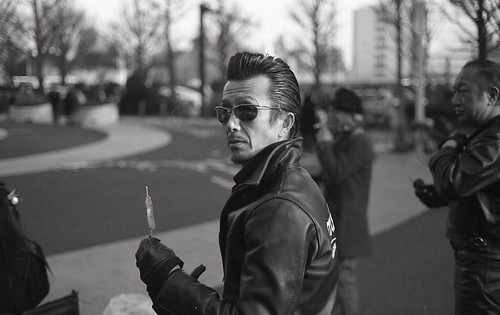 A look can be an entire conversation in itself, or a tentative invitation to start one. We don’t look directly at people we don’t accept, appreciate or value. We hold them in our field of vision, but make sure to look away when they face us, look off to the sides as we walk by them; anything to avoid the reflective glare of disdain from the other. 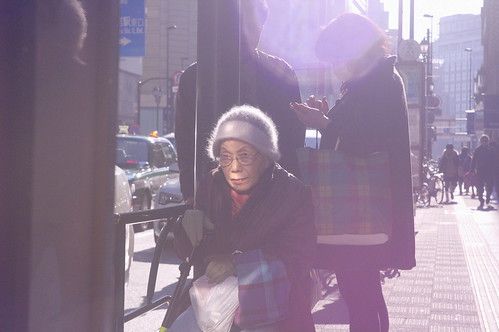 Photograph from “Trip to Hisakajima”.

The participants looking into the photographer’s lens are engaged in a conversation. They’re displaying various levels of engagement, but they are looking right at him. Their expressions are non confrontational. They’re saying, “Alan, you’re alright. Drop by anytime.”

I’m livid, so many more words. This person gives scientists, researchers and educated women a bad name. Sheltered little girls like her are why I stayed out of academia. I thought her takedown was a done deal in April when it was clear her research was faked. There are things you can’t grind your way out of Haruko!!!!!

I’m shocked to hear that she’s only just resigned in December. There are qualified people out there who must jump through hoops to get rejected and there she is lolling about in self satisfied, sanctimonious, blame ducking swank.

She must give really good head to hang on to her job and her PhD for so long. Or, her employers were very careful to investigate before assigning blame. But wait. That’s not right. She’s an adult with a PhD so why are a bunch of men holding her hand?

I bet you when she meets people she leads with “I’m Dr Obokata.” I know the type well. They’re so insecure, they feel they have a right to not be spoken to and they act as though conversing with people with bachelor’s degrees will make them less Holy.

I spent a month in Spring ranting and thundering about this bitch and I don’t want to hear about her anymore. May she simmer in unemployed hell until the End of Days. Then I want to fork her myself. If she gave head to get a position, I’m sure her Professor Sugar Daddies will pick up the slap. Sorry, slack. What will she do now without Prada?

TOKYO – The Japanese researcher whose claim of a major breakthrough in stem cell research was discredited resigned after the government lab where she worked failed to replicate her results.

Haruko Obokata said in a statement Friday that she was leaving the Riken Center for Developmental Biology after the lab concluded the stem cells she said she had created probably never existed. The center said it had stopped trying to match Obokata’s results.

“Now, I am just exhausted. For the results to end this way is just perplexing,” she said.

Obokata initially was lauded for leading the research that raised hopes for a discovery of a simple way to grow replacement tissue. But questions about the validity of the research prompted Riken scientists, including Obokata, to retract two scientific papers.