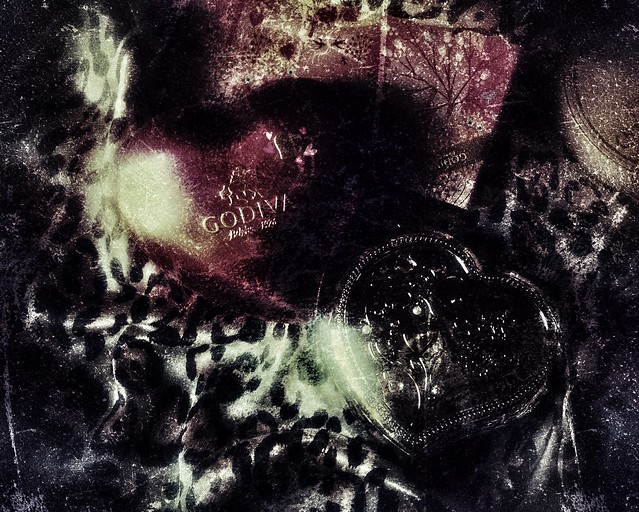 You know those days when you go all Cypress Hill and say, “Who you trying to get crazy with ese, don’t you know I’m loco (loco, loco)?” 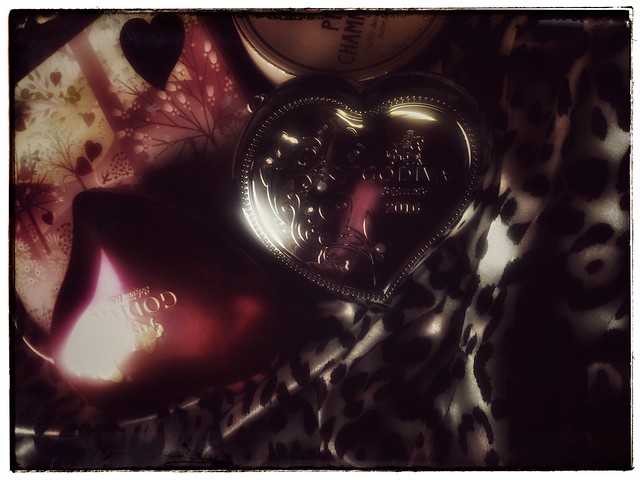 Four and a half private rants in, I remembered my own advice as well as the wise words of the uber talented writer/director/producer Dagmar Baumunk of Tomorrow Definitely. She said… 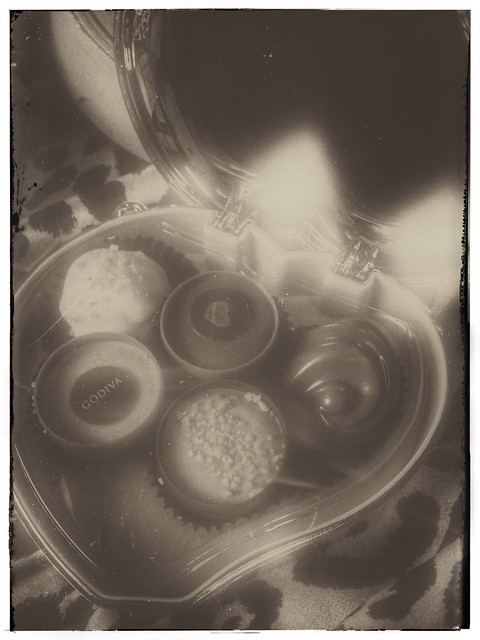 She’s adorable. Of course, I did exactly that. 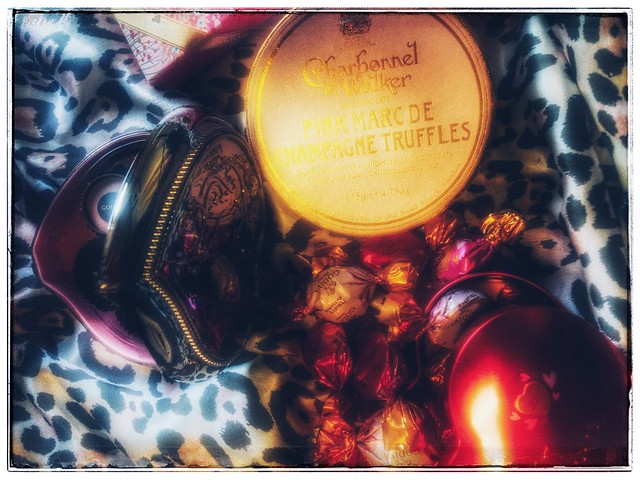 While my voice reverberated in my skull, I had a brilliant idea. 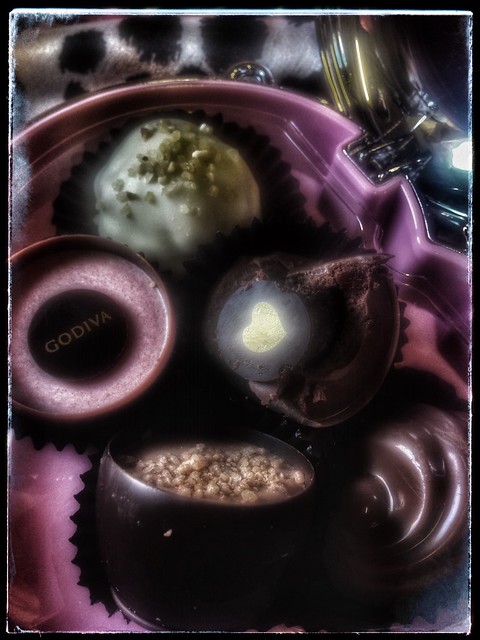 I decided to OD on TLC with the choco. My feeling was, “I could talk about you, or I could choose to act like a queen.” 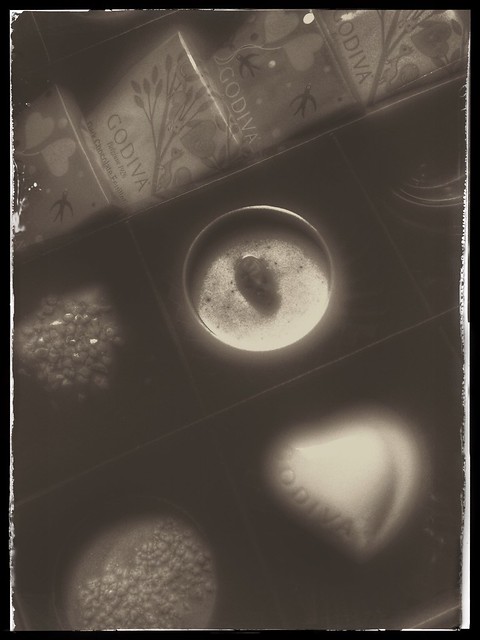 Bandaids don’t fix bullet holes (thanks Christopher) but I heard that plugging them with cocoa butter and sugar works like magic. 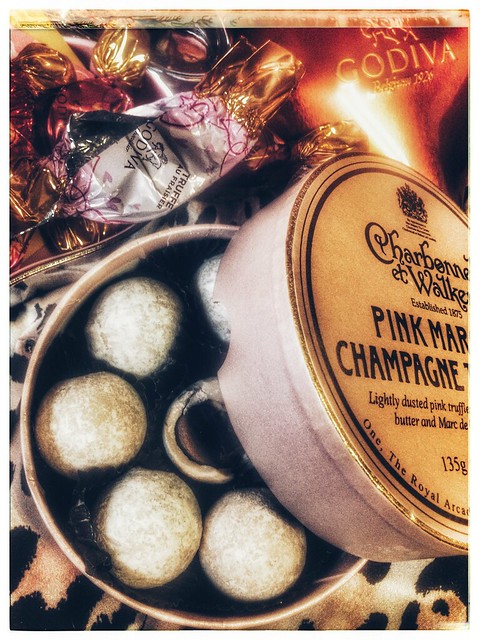 Ooops.  My eyes are rolling over in my head and I forgot to offer y’all some. 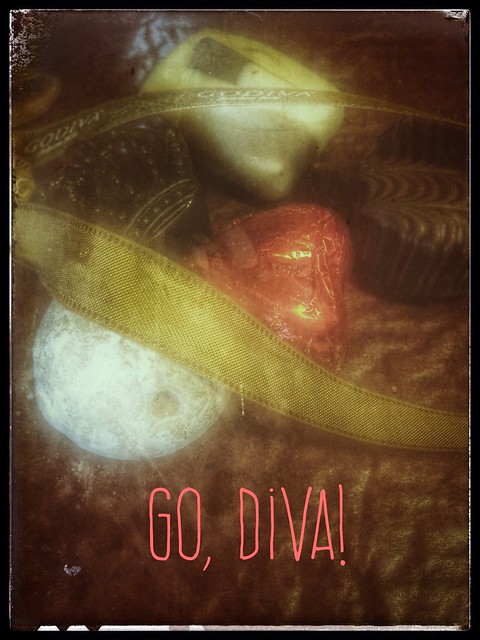 Note: Heavy on the musical references to “Insane in the Brain” by Cypress Hill and “Bad Blood” with Taylor Swift and Kendrick Lamar.

Gotta love it! “Bandaids don’t fix bullet holes (thanks, Christopher) but I heard that plugging them with cocoa butter and sugar works like magic.” HaHa WooHoo and all that happy stuff. A real quotable

You’re very kind, thank you for visiting this post. It is one of my favourites. xo

[…] I was reading Sabiscuit’s Catalog and read about some sort of diva (specifically Godiva lol), and it got me craving some chocolate. I don’t exactly eat Godiva […]

Ha! Catchy title, I’d never noticed before that it really says that. This is lovely.

Thank you so much. It was a coincidence, really. I wanted to write that post, and the chocolate photos were a separate idea. But seeing the actual brand at the store gave me a theme to work around. I love it when things blend together at the right time. xo

I would love me some diva!

Thank you, Rob. I can’t believe you’re seeing this for the first time. This was posted a week before Valentine’s Day, when I had a chocolate rage fest. The silver can is a collector’s item, which is an extra treat. I wish you many sunny Diva days ahead.

I haven’t seen any posts of yours recently so I thought that I’d take a peek. I hope you are well, my dear friend!

Thank you for checking in on me, Rob. I hope you are well, too.

I’m hopelessly spoiled by all our wonderful European chocolate. 🙂 No doubt you do realise that chocolate is one of the basic food groups, chocolate, red wine, café (ok, coffee to you)…

Hello, Léa. I love your name. And thank you for that important nutrition advice. You covered my main meals for the day. In this order: lunch, dinner, lunch. What’s the address of your other blog? xo SB

Thank you, It works for me. 😉 Yes, it is important to get the basics in!
The other blog: http://poetryphotosandmusingsohmy.wordpress.com Thanks for asking
Bisous et câlins,
Léa

Thanks for that. Have a lovely Wednesday, Léa. 😘😘

Thank you and have a wonderful Wednesday yourself! 🙂

There is a food for everything that ails you. I do believe that food is meant to heal ..and sometimes like in your blog entry there, it can actually heal what someone says to you. Smiles. Most of what we, as humans hear, is good for us. And in that rare occassion that it is not, chocolate or some other wonderful food can come to the rescue. One of my favorites is watermelon!

Watermelon is awesome. Thank you for your encouraging words and for sharing your comfort food. I am looking forward to watermelon days in summer. Happy indulging. Have a lovely Wednesday.

Hi, Fab blog! Love this post!! Thank you for liking my post that lovely Deb re blogged. I have only just set up mine, but still in the very early stages! Just making efforts to link in with fellow bloggers to improve our followers and get the word out there for us both. I would appreciate you having a peek at my blog, as I have just published my first post. Feel free to like, comment, follow or just take a peek. Thank you 🙂

Thank you for the invitation. I have visited your blog and read your first post. That is a very successful first post. I so envy you. When I first started my blog, I was very sad when no one came to read. You have some very lovely supporters. Deb is a gem, too. Best of luck with future restaurant review posts. Have a lovely Tuesday.

My pleasure. Aw thank you. I can understand why you would be sad, but you now have my support too! 🙂 I should be following you if it is delayed, it is the system not me…slow today. Deb is fab!! Thank you best of luck to you too and stop by the blog anytime lovely. Enjoy your Tuesday too 🙂 Keep smiling

I love your style!

Thank you so much.

Thank you so much. The taste sensations were amazing. Enjoy your own diva moments this weekend. It’s all about you. xo

Chocolate is good for everyone and makes people happy

Thank you. I am very happy you liked this post. ❤

Love it. Nothing more to say 🙂

Thank you so much, DAON. It’s great to have you back. xo

It’s great to be back! xx

I’m so happy you like Godiva, too. Thank you for visiting.

Thanks for that. I’ll try some gluten free ones next time. 😘

It’s girl scout cookie time here. I swear they are sneaky. They hide out everywhere trying to sell their evil cookies!! I am addicted to tagalongs.